I have a thing about intentionality, especially when it comes to creative output. I'm not talking about being overly calculating or manipulating an audience, but executing creative control and putting care into your art is something I appreciate.

If you hang out with me long enough I'll eventually go on my rant about bands who look like they just rolled out of bed, or merch that's just the album cover printed on a T-shirt. It's so boring! I don't need a laser light show, but please show me that you give a shit. My band may wear all black on stage but it’s on purpose!

So when I was thinking of musicians I know who are invested in not just their music but in a larger creative practice, I knew I had to talk to Marisa Dabice from Mannequin Pussy. From choosing beautiful record covers, to directing the music video for Drunk II, to tie-dying t-shirts, Marisa has a hand in a lot more than just the music. The band pushes the boundaries of punk in admirable ways both sonically and aesthetically and I know that a lot of hard work and consideration goes into that.

Mannequin Pussy just finished a tour with The Menzingers and Spanish Love Songs, and are about to hit the road with Best Coast. Keep an eye out!

So here’s an interview conducted via email, essentially forwarded to you in another email. Newsletters!

When you wake up in the morning, what is it about making things that motivates you? Do you have a 'why' for your creative practice?

Ok this is gonna to get a bit long winded so please get comfortable and have patience with me. I heard this theory many years ago, I can't recall at all where it comes from but it's this concept that tries to dispel the whole notion of a "genius." That people don't get great ideas because they are a "genius" i.e. someone who creates an idea on their own, but that as creators we are essentially host bodies. Ideas float around in the ether searching for a host to bring them into existence. When we're struck by an idea for any sort of creative creation, that us being visited by this thing that *needs* to be created and it's chosen us to bring it into the world. So the flip side of this is that ideas get impatient. Have you ever experienced that sensation where you've had an idea for a long time but done nothing about it and then suddenly you see it pop up in someone else’s work? That's when the idea has become restless with our vessel and leaves us in search of another host.

So on the one hand I'm motivated by this belief that I'm merely a host body and I've been chosen to bring out something that needs to exist. It's that competitive part of myself that doesn't want the idea to leave me in search of someone else. But the other, more serious, hand is one thats motivated by my belief that creation is the way we progress. It's a way to process and communicate and connect to other people. I consider myself a lonely person. You know, I have friends and lovers and to an extent I can be outgoing but I spend most of my time alone. Especially when I was younger it was immensely difficult for me to express to people how I felt. So in many ways my creative practice is me, pulling at all these emotions and thoughts and ideas and beliefs that I have in my head and transferring them into songs and visuals and poems and stories and whatever else I think they should become. It's my way of connection. It's what helps me stay alive.

I really appreciate the way you take care to honor the range of your music with visual design, music video direction, merch, etc. as a larger whole for the band. How does that bigger picture come into play when you think about your work? In what other forms or spaces could you see your creative projects?

Thank you for recognizing that! Bridging these worlds - from the intangible place of a song to a visual that can been seen and touched and interacted with is so important to me. I see every piece of art that comes through our band - whether thats a t-shirt or an album cover or a tour poster - as an opportunity to grow our universe. You know, I'm not really a visual artist, I wish I was but I don't have the skill set to actually draw something so having collaborators that can take creative direction and turn it into something beautiful is something I really value. I've definitely made some missteps though too. I look back on some creative choices with the wish that I could go back and re-do it. In some respects, the things that all those situations have in common is that I gave the power to people who shouldn't have been making those choices for us as a band. I've learned that I need to be the most involved that I possibly can unless it's with someone who I absolutely trust.

As for new forms and new spaces? My big goals for the next decade are to learn new techniques of production - becoming highly proficient at Ableton is something I've wanted for a long time. I'd love to finish the experimental pop album I've been working on with two of my friends for the past 3 years. The other big one is to write and possibly direct a feature length film. I've been fascinating by screenwriting for the past year and have been slowly typing out a story. Hopefully it'll come into being.

When it comes to making things, whether that's visual things, music, etc. who is your biggest influence or motivator? Whose process or work ethic do you admire?

I'm a definite workaholic so anyone who I sense has that same sort of obsessive creative drive are people I admire. I love Grimes so much. She's a massive inspiration to me. She's a woman who produces her own music, directs and edits her own videos... just seems so in charge of her creative world, that to me is the ultimate goal. And everything she does expands on that universe she creates! She never sounds rehashed or repetitive, she constantly re-invents and pushes herself forward. It's incredible.

When the things you make are also now a part of your livelihood, has your process or relationship to it changed?

In a positive way it makes the ideas feel more possible. If I'm up at 3am and all of a sudden I get this idea for a music video and I'm up writing the storyboard and pulling images and doing all this work... it no longer feels like a pipe dream, it feels like I'm working towards something that has a chance to be fully realized. I now have collaborators I can call who I know are excited to work create things with me. I now have a label that financially and emotionally supports those artistic ambitions. Another positive is that I'm living without a boss. I don't have to show up or report to anyone, I feel total creative freedom and realize that I'm currently in this place where my job is to write music and perform. At the moment, I feel like every day I get to wake up and do whatever the fuck I want (unless I'm on tour and then I have to tour) and that’s what I've wanted my entire life. Just actual freedom. But like anything else this is the current result of years of struggle, sacrifice, and very much not living the life of someone who do whatever they wanted.

The cons are the uncertainty of what might happen next. A music career is just a series of peaks and valleys. I have to accept that one day this may no longer be possible for me, that I may find myself in a creative valley where I'm unable to write a song for months or just simply I stop enjoying it the way I do now and recognize that it's time to move on to something else. Another con is a newfound pressure. We're still mostly unknown but before I felt complete obscurity - and with obscurity comes a kind of frustrated freedom. There were no critics, no label, there weren't many fans so there was no one to disappoint. Now that we've made an album that people seemed to love I feel a new kind of pressure that I've never felt before. It's not something that actively keeps me up at night but it floats in and out and of my head. But I think the livelihood has brought myself and Kaleen, Bear and Thanasi so much closer and we're so ready to create new work together. Having talented collaborators is what calms me back down.

Do you have a creative practice that you don't share with anyone? Are there things that you make that you think of purely as a personal hobby?

Not really. Maybe cooking? Reading for pleasure? Video games? At the moment I don't feel like I have time for hobbies. Right now I'm spending most of my time on tour which to me isn't the most conducive to anything except "being on tour". It's conducive to performance and connecting and stability of income but it's a hard place to carve out time to dedicate to work. When I'm home, that time is sacred so I spend it as such. It's my only time to be alone, to spend time with my sweetheart, to cook, to create new work. There are hobbies I'd like to learn: maybe some sewing, some photography... I don't know! There is so much I'm interested in it's hard to find time.

Thanks for reading this thing! Substack now lets everyone comment, so if you want to chime in on any of these newsletters, now you can!

Worriers’ new record You or Someone You Know comes out SO SOON, on March 6, and you can pre-order it here. It helps us a lot when you do that.

You can also hear three songs from it on this Spotify playlist.

Lastly, you can go get a ticket to see us on tour this spring. We have lots more TBA! 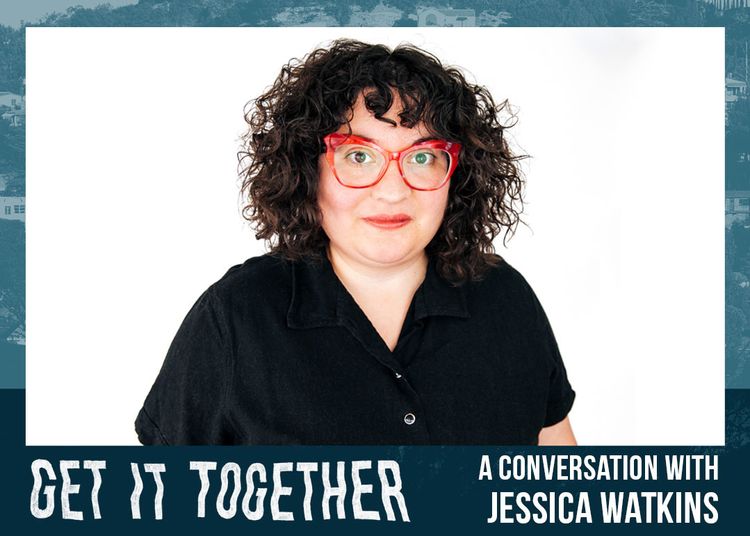 Getting It Together with Jessica Watkins of Tiny Deer Studio

Jessica Watkins is an artist, photographer and small business owner in Los Angeles, who runs one of my favorite shops,
Jun 9, 2022
7 min read
Dec
14 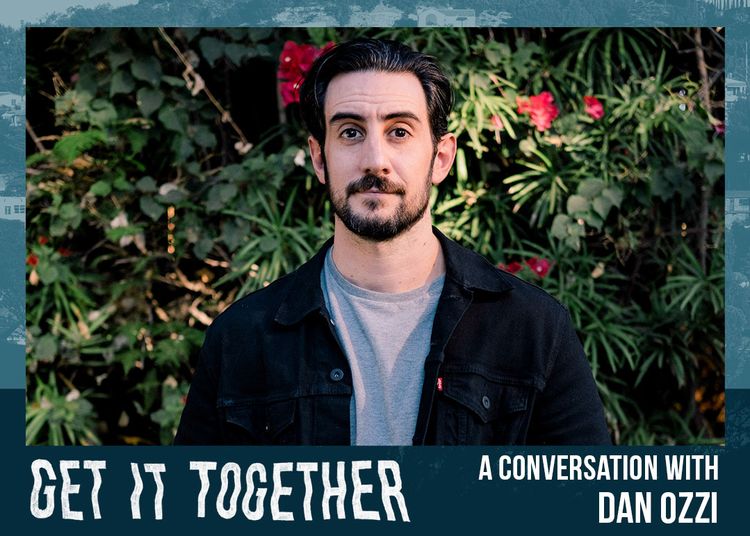 Getting it Together with Dan Ozzi (author of Sellout) 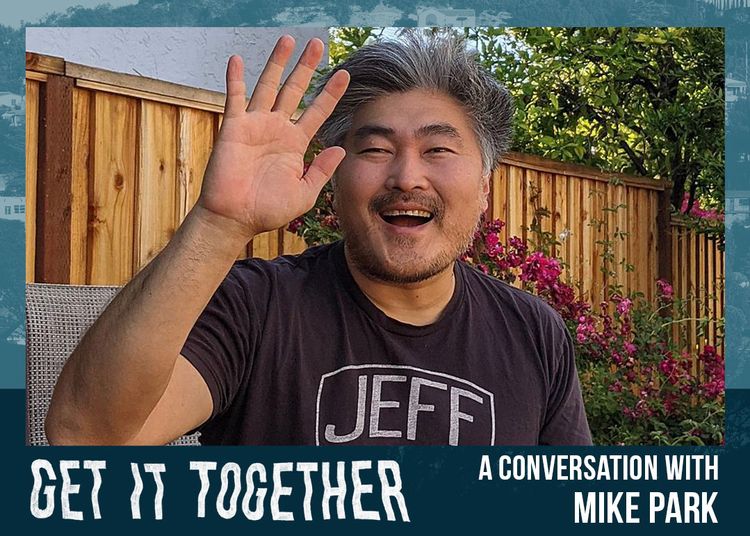 Getting It Together with Mike Park 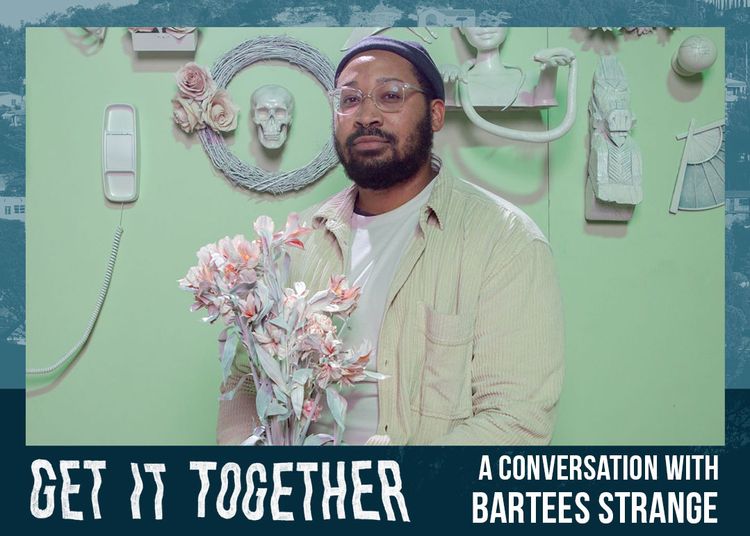 Getting It Together with Bartees Strange