A case study in unlearning, or how I learned to love the band HAIM

Building self-awareness often means unlearning destructive things you were taught by your friends and family. In my case, and in the case of many of my friends, it means unpacking a lot of the negative things that came along with being a part of a local punk scene, DIY, and anti-capitalist/anarchist movements. I’m not talking about abandoning larger values or ideals, or the goal of building a better world. My ideals and politics haven’t changed much, but part of growing up is learning how to put those things into practice while also taking care of yourself.

I’ve had the opportunity to consider a lot of those underlying negative things lately, as some new projects have come up, and as a lot of old photos from basement shows start rolling around the internet on a few Punk House accounts. This kind of nostalgia is a double-edged sword. I built lasting friendships, collaborative partnerships, and traveled the world through the community I initially found at house shows. I wouldn’t trade that part. But here’s a few things that I also see when I look at old photos of certain circles I was a part of:

Most of my exchanges with folks looking at these photos are split between “Aw, we were babies!” and “Fuck, that was rough.” Maybe that’s how most people feel when photos of their young adulthood suddenly pop up on social media, but the conversation and consequences feel different from someone who just made some naive decisions in college.

It’s wonderful to find a like-minded community, but sometimes the “us vs. them” mentality can go too far. But that line is hard to identify when you’re still figuring out what your own values and priorities are. The notion that “we” are all on the same page, as I have absolutely gone off about before, just isn’t true and often halts any internal critique or progress. For me, it created a wall where there didn’t need to be one. Staying strictly loyal to a community that fosters the above bullet list doesn’t do you any favors. Thankfully I’m a good deal past that mindset now, but I still feel the effects of some ill-advised dogma around music taste and how making music fits into my life long-term. For now, I’ll focus on the former.

For those of you who don’t know about the band HAIM, or if you’re so punk that you have a force-field preventing you from listening to indie-rock that looks too nice, they’re three sisters from The Valley who are multi-instrumentalists and write ‘70s/’80s inspired pop-rock. I was first introduced to them via the video for their song If I Could Change Your Mind, off of their debut LP in 2013. The video shows them doing choreographed dance moves more often than playing instruments, so I (being an asshole) wrote them off as a gimmicky girl group. Actively rolled my eyes for YEARS.

Cut to the release of their second LP, Something To Tell You, and their songs kept popping up on playlists or mixes with a more bittersweet feeling that I could latch onto. I had the time to learn more about their background and how they write their music and some of the production things behind playing it live. When I watched a few live videos…if anything, I was just jealous. They’re not a pop group, they’re a rock band, and they’re awesome. The dance moves? Just a part of their personalities and many of their videos are based around dance but in a fun “you can do this at home” kind of way, pre-Tik Tok.

Still, I hang on to some skepticism for anything that might be made for a chill-mood Spotify playlist. There’s a ton of indie out there that sounds like it’s made to be listened to while high, doing nothing, maybe contemplating the vastness of the universe but that’s about it. When I first heard the song Summer Girl off of their most recent LP, Women In Music Pt. III, its homage to the doot-doot-doots of Take a Walk on the Wild Side made me think it was a laid back jam about wanting to be happy so your boyfriend will enjoy being around you. Knowing the first thing about HAIM, a song that codependent doesn’t make any sense, so I don’t know why I even considered that as a possibility. And as I recently found out through this Song Exploder episode, Summer Girl is actually about wanting to be a source of joy for their partner who was battling cancer. How much of an asshole am I? Jesus fucking Christ.

Maybe I’ve softened to them because the club featured in their video above is a place I’ve gone dancing (RIP Oil Can Harry’s!), maybe it’s because I saw Este Haim at my local coffee shop and she’s really tall and as someone who is also Very Tall I think that’s awesome, maybe it’s because I’m not so miserable anymore and vocals that are so well-enunciated over Michael Jackson-esque beats are really fucking fun. Who knows!

All I know is that the general consensus of The Punks™ not listening to indie rock or commercially successful bands for a good chunk of my young adult life really rewired my brain in a bad way. The fact that I’m still having to beat it into my brain that I’m allowed to like the music I like is, to put it bluntly, really fucking annoying. One day at a time, I suppose. I took 10 years of tap lessons when I was a kid so who knows what’s next for this tall person…

Name a band you were wrong about

Evolution of a Race Riot by Mimi Thi Nguyen

“Compiled by Mimi Nguyen, Evolution of a Race Riot was two compilation zines and a third zine listing projects, zines, and resources for people of color who were/are involved in punk rock and punk culture. The Race Riot comps are crucial and critical documents for POC involved in the subcultural terrain of DIY publishing, music, art, and culture. This version was digitized, edited and shared by the POC Zine Project.”

Now & Then: Toxic Masculinity in Music Culture and DIY Spaces by Cynthia Schemmer

“As Burger Records shuts down amidst allegations of sexual misconduct, we are reminded of the toxic masculinity that permeates music culture and DIY spaces. Only this time there may be a brighter light ahead of us.” (She Shreds)

It's a whole thing we can talk about later

Getting It Together with Julien Baker

What happens when the goal posts and your identity are moving at the same time
Mar 25, 2021
21 min read
Mar
19

Bonus: Why didn't someone tell me this sooner? 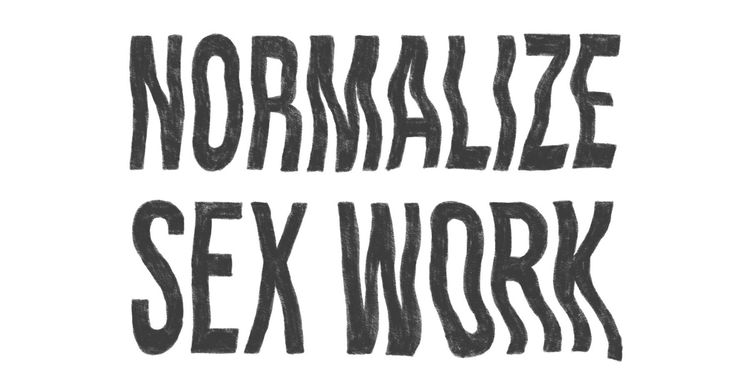